The Foundation for Iberian Music is delighted to announce a west coast sequel to last year’s fandango conference, “Spaniards, Natives, Africans, and Gypsies: Transatlantic Malagueñas and Zapateados in Music, Song, and Dance.”

This conference—which, as you can see, focuses on malagueñas and zapateados—will be held at University of California, Riverside, April 6 and 7, 2017. It is being co-sponsored by the Foundation for Iberian Music and UC’s own Center for Iberian and Latin American Music. 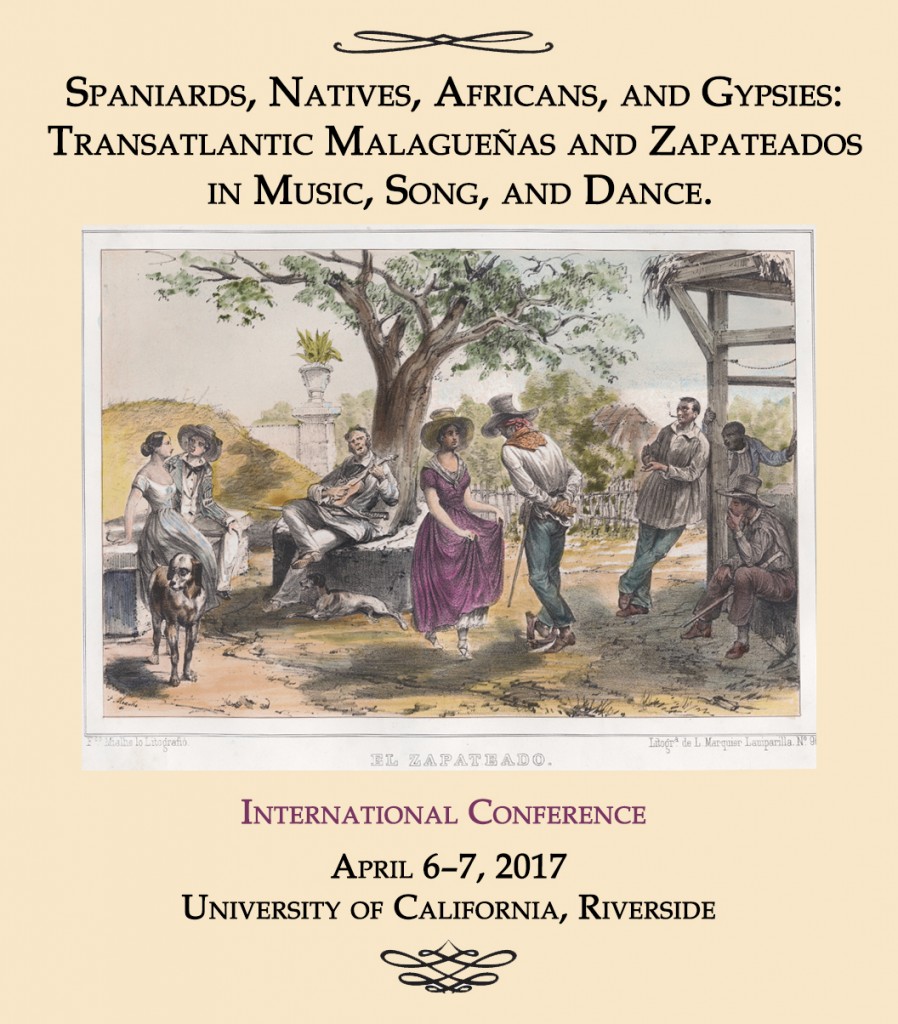 The conference is accepting submissions until Dec 1! Read the full CFP here. Please e-mail K. Meira Goldberg with any questions at fandangoconference.cuny@gmail.com.