We are dedicating our upcoming conference, Flamenco in the United States: From the Modernist Vanguard through the 21st Century (March 27), to two pillars of the New York flamenco community: José Molina and Brook Zern. Today, we would like to share Molina’s story. 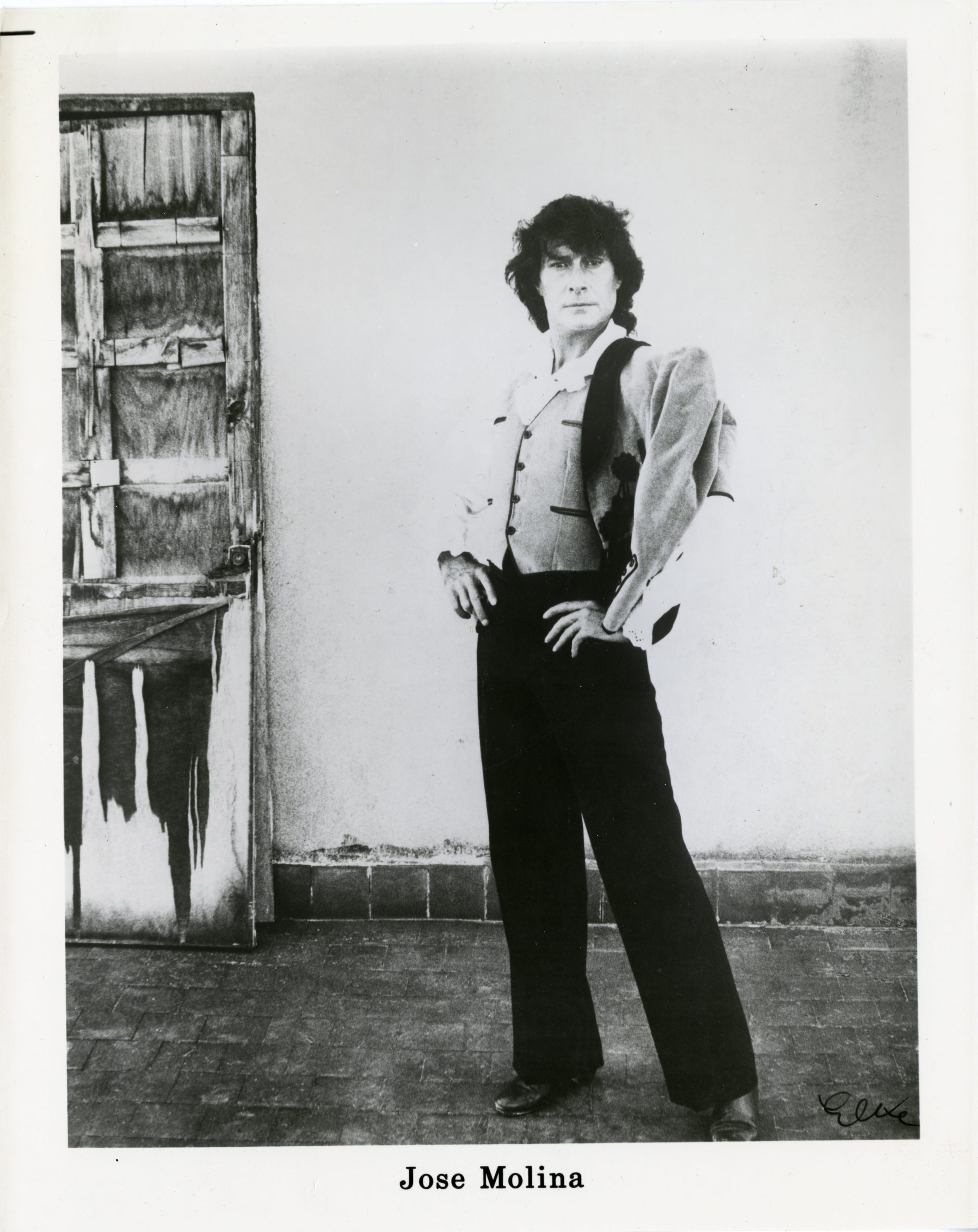 José Molina Quijada said that the Billy Elliot story mirrors how he came to dance.[1] Born in Madrid to Murcian parents, José’s father fought for the Republicans, and was jailed when José was three years old. As for many Spaniards in the wake of the Civil War, times were hard. José’s mother moved them to the family home in Murcia and fought to get Jose’s father released from prison. When José was six his father found work in a fish market, and moved the family back to Madrid. At nine, he was enrolled in a boxing school but, much to his father’s chagrin the boxers shared space with Spanish dance classes, and here José found his vocation.

He saw Pilar López and José Greco perform in 1945, and knew this was his future. His father was adamantly opposed. But José’s mother convinced him to accept José’s ambition, as long as he paid for his own classes by working mornings in the fish market. For six years José labored, earning just enough to pay for classes with Pilar Monterde in neo-Classical Spanish dance, Escuela Bolera, a bit of ballet and a bit of Flamenco. He got his first break with Soledad Miralles, the well-to-do wife of an American doctor, touring Spain and dancing at the famous Madrid theater the Lope de Vega for two months as a soloist. From age sixteen to nineteen, he toured nightclubs throughout Europe and the Middle East as a soloist, dancing Classical Spanish and even Flamenco pieces like Farruca to piano and orchestra. Just after celebrating his nineteenth birthday in Cairo, in 1956, he was invited to New York to audition for Steve Allen and Ed Sullivan’s Tonight Show. He said goodbye to his mother, who had accompanied him for three long years of touring, and never danced in Europe again.

Steve Allen came with James Mason to audition José at the studio that had been and would continue to be a home to Spanish dancers for generations, then called Michael’s (later changed to Fazil’s). From The Tonight Show, José was asked to be José Greco’s first dancer, and he toured the world with Greco for five years before forming his own company, José Molina Bailes Españoles, in 1961. Molina was a frequent guest on the Johnny Carson and Merv Griffin television shows, and toured throughout the U.S. through the late 1990s. He was a devoted teacher with a devoted following, and he said, “I think I will teach until the day I die. And if one day I die, I want to die in the studio playing castañets ria ria pi ta, or doing footwork, and then, ‘Goodbye!’ I would be so happy, just there.” True to his wish, he taught for as long as he was physically able. Molina brought Spanish dance to the entire U.S., and his gift to New York was his invitation to many wonderful Spanish dancers such as Luis Montero, Antonia Martinez and Nelida Tirado, among many more.

The evening of March 27, following our symposium, we will screen two documentaries related to Molina, FlameNYCo, a feature on Flamenco Festival NY’s 10th anniversary which includes a 2010 performance by Molina, and the short Ode to Fazil’s, about the legendary theater district dance studio where Molina gave lessons. (Reserve your seat for the screening and learn more about the films here.)