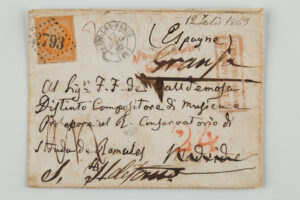 María Luisa Martínez and Antoni Pizà have uncovered some new autograph letters by Gioachino Rossini.  It is a well-known fact that Rossini was an avid letter writer, and it does not come as a surprise that some new items in his prolific correspondence turn out here and there.  The letters reveal a mature composer complaining about his health, but also a young mind conducting business as usual and keeping up with his social and professional circles.  In one of these autograph letters, he announces exultantly to his friend Francisco Frontera de Valldemosa that he has been named member of the prestigious Institut de France.  In another, he mentions Rosina Zapater, a young singer.  In all cases, Rossini conveys with naturalness his open personality and his strong ties with Spanish musicians and especially the Spanish monarchs, declaring himself a “slave” to the Spanish queen.  The letters will soon be published in Pizà and Marinez’s upcoming edition of La Veuve andalouse. 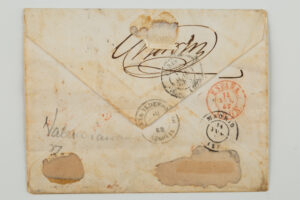