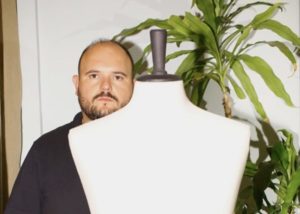 Spanish cantaor and sound artist Niño de Elche has a short residency upcoming at the James Gallery at the Graduate Center, from 30 April to 2 May. He will present his work “En un cuartito los dos,” which was specifically conceived for the James Gallery, in a project organized by Daniel Valtueña and Katherine Carl. About the work:

The notion surrounding the Spanish term cuarto –partially translated for “room” in English– is the main premise for this project. The cuartos flamencos used to be marginalized performing spaces where dissident bodies and practices used to take place in fin-de-siècle Spain. Related spaces such as cafés cantantes contributed to articulate traditional imaginaries on Iberian culture which ignored the individuals who inhabited them. Niño de Elche aims to explore the non-normative practices spaces censor by working on sound experimentation and performative actions in the gallery space. By calling on other cuartos such as black holes and dark rooms he will explore notions such as tradition, intimacy, and queerness.

The artist’s residency will open on May 1 with a roundtable discussion, “Towards a Desanctification of the Gallery Space,” with curator Regine Basha and architect Lluís Alexandre Casanovas Blanco (Princeton University), moderated by Daniel Valtueña.

Niño de Elche is a multi-disciplinary artist who combines flamenco singing with poetry, minimalism, electronic and rock music. He has collaborated with philosophers, poets, dancers, and Spanish pop/rock artists. The residency is co-sponsored by the Foundation for Iberian Music with the James Gallery, the Latin American, Iberian, and Latino Cultures Department, the Theater and Performance Department, the Lucille Lortel Chair, and the Doctoral Students’ Council.

The James Gallery, The Graduate Center