Ensemble for the Romantic Century Seminars

As a musicological affiliate of the Barry S. Brook Center for Music Research and Documentation, the Ensemble for the Romantic Century (ERC) organizes a seminar series at the Brook Center connected with the theatrical concerts that ERC presents in its annual New York season. The theatrical concerts produced by ERC are inherently multidisciplinary, comprising a dramatic script based on primary materials such as letters, diaries, memoirs, poetry, and literature contemporaneous with the musical repertoire. 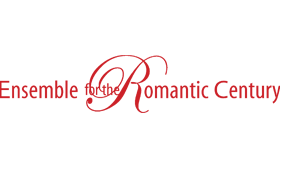 The seminar series at the Brook Center is a natural extension of this approach, as it fulfills one of the founding principles of ERC: merging performance and musicological research in order to enrich the musical experience of the listener through a variety of interdisciplinary discussions. Each seminar centers on a discussion of music in relation to an extra-musical context (literature, philosophy, visual arts, cinema, and others) that is pertinent to the corresponding ERC theatrical concert. Scholars from a wide range of disciplines are invited to present at the seminars, offering the audience an opportunity to engage in intriguing, illuminating, and aesthetically revealing perspectives about the musical repertoire in the upcoming concerts.

The seminar series was established in 2008, and since then it has drawn a steadily growing audience. Guest scholars are recruited from the academic departments at the Graduate Center and other CUNY colleges, as well as from other universities in New York, and the topics of their presentations have included a great variety of multidisciplinary approaches to the performance and appreciation of music, including perspectives from cinema studies, gender studies, political science, art criticism, literary criticism, philosophy, and science, among others. The seminars are structured with a view toward the greatest possible audience participation, and in this regard they emulate the salon conversations of the 19th century, one of the models for the format of ERC’s theatrical concerts.