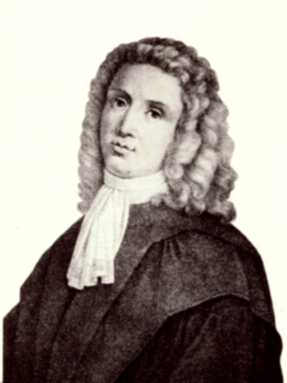 Giovanni Battista Pergolesi (1710-1736) was a brilliant composer who, though he lived only until the age of 26, exerted a profound influence on the course of music history. His creative career lasted only six years, but in that time he produced a body of masterworks of incomparable beauty and originality. At the time of his death he was virtually unknown outside of Italy; however, years later when an Italian opera buffa troupe performed his intermezzo La serva padrona in Paris (in 1752), the work completely enchanted a capricious public and touched off a furor heard throughout Europe –La Guerre des Bouffons– a battle between the partisans of the traditional French styles and the champions of the new Italian genre, led by Rousseau.

The name Pergolesi became a household word throughout Europe almost overnight. This extraordinary posthumous notoriety created an enormous demand for his music, a demand that unscrupulous copyists and publishers did not hesitate to satisfy by placing Pergolesi’s name on other composers’ works. It is for this reason that Pergolesi’s record as a composer has long been obscured and distorted. Except for a handful of works, no one could be sure of what he had actually written.

The Giovanni Battista Pergolesi Complete Works Edition was begun in 1977 under the direction of Barry S. Brook at the Pergolesi Research Center, with the backing of the Research Foundation of the City University of New York and grants by the National Endowment for the Humanities. The goals of the Center include the publication of the first critical edition of the authentic works of this great Neapolitan composer. Research for the 18-volume edition has determined the extent of Pergolesi’s Authentic compositions: four opere serie, two intermezzi, two commedie musicali, one dramma sacro, one oratorio, two Masses, various works for a Vesper service, the breathtaking Stabat Mater, six cantatas, seven instrumental pieces, and a few smaller works. The first volume of the edition to appear, Adriano in Siria (vol. 2), was released in 1986, published jointly by Pendragon Press and Ricordi of Milan. Three additional volumes have since appeared: Livietta e Tracollo (vol. 6, 1991), Instrumental Music (vol. 17, 1993), and the two versions of the Salve Regina (vol. 15, 1994).  The Pergolesi Research Center includes an extensive microfilm archive of Pergolesi manuscripts and an Internet research site on Pergolesi.

The Center and its materials have been combined with those of the Centro Studi Pergolesi, Università degli Studi di Milano, where all materials reside.