The Foundation for Iberian Music provides research support for scholars studying music of the Spanish-speaking world. 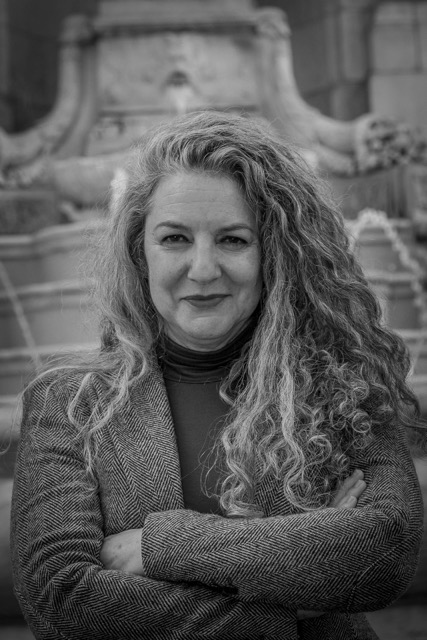 La Meira has been first dancer in Carlota Santana Flamenco Vivo, Fred Darsow Dance, and Elba Hevia y Vaca’s Pasión y Arte, performing throughout North America in venues such as Carnegie Hall, the Joyce Theater, the Kennedy Center, and Jacob’s Pillow. Meira has been featured in several documentaries, including Jocelyn Ajami’s Queen of the Gypsies. She has been awarded choreography grants from Pew Charitable Trusts, American Dance Festival, and the New York State Council on the Arts.  She choreographed “Carmen” under the baton of Seiji Ozawa, and the first staging of the 1915 version of Manuel de Falla’s “Amor Brujo” since Pastora Imperio performed it in that year, along with the rarely staged opera “La Vida Breve” for the Manhattan School of Music.  The New York Times called the production “one of the more audacious, intriguing operatic undertakings to hit a New York stage this season.”

As a scholar, K. Meira Goldberg holds an M.F.A. in choreography as well as an Ed.D in dance history from Temple University under Brenda Dixon Gottschild. She is currently working on a book entitled “Sonidos Negros: On the Blackness of Flamenco.” Her article “Sonidos Negros: On the Blackness of Flamenco” is in Dance Chronicle 37:1. She is co-curator of the 2013 exhibit “100 Years of Flamenco in New York” at the New York Public Library for the Performing Art at the Lincoln Center, and co-author of the catalog.  She is currently co-editing an anthology of new Flamenco scholarship for McFarland, and is translating six chapters from Spanish. She is a member of the Wertheim Study at NYPL.  Meira’s doctoral dissertation on Carmen Amaya is a widely used resource within the English-speaking Flamenco community:  it references over twenty-five interviews with figures such as Sabicas’s brother Diego Castellón, and Carmen Amaya’s sisters Leo and Antonia.  Meira teaches at Sarah Lawrence College and at the Fashion Institute of Technology; she has taught at and guest lectured at NYU, Flamenco Festival International in Albuquerque, Ballet Hispanico, Bryn Mawr, Princeton, Duke, and Smith College. 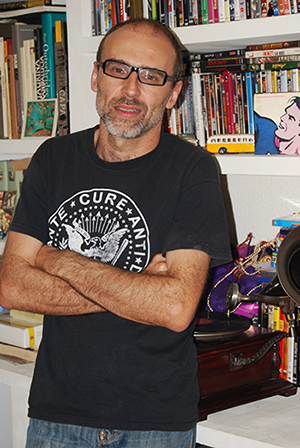 Kiko received his PhD in Hispanic Studies from Ohio State University in 2008. He is currently working as a professor at the Universidad de Alicante. Kiko has over 20 years experience as a professor. He teaches semiotics of advertising and culture industry at the Universidad de Alicante. He also does research on Spanish culture in the U.S. during the 19th century and the turn of the century. He has also written articles in the past seven years and continues to write articles on the Spanish culture in the early music industry, early cinema, theater music, and Spanish dances in the U.S. His articles have been published in the U.S. and in Spain. Kiko has edited and written four books, winning an award for his book “Frankenstein Cirujano Plastico Plastic Surgeon”, co-authored with Raul Rodriguez. He has given lectures in the US and will present more seminars during his residency at the Foundation. According to Kiko, being patient, curiosity and hard work have been the key to his success.

During his tenure at the Foundation, he will be working on his project “Spanish Popular Music in the North American Phonograph Industry (1896-1914).”

View his work on Academia.edu or visit his blog, Cadáver Paraíso.