Albert Guinovart, who was the recipient of the Foundation for Iberian Music’s  annual composer’s commission in 2013, has a new album out on Sony Classical. The album is called Nocturne and features twelve of his piano works, all performed by Guinovart himself. Included on the album is the first studio recording of Skyshadows, the work that Guinovart wrote in fulfillment of the 2013 commission. 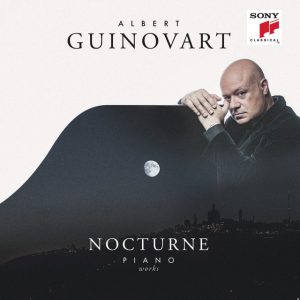 Skyshadows premiered in September 2014 in NYC, at Instituto Cervantes. (Click the link for a video of the premiere performance.) Guinovart’s music has an innovative but accessible style that often references existing musical material as a thematic element. For example, as a work tied to New York City, Skyshadows includes motives from Cole Porter’s Broadway musicals, which Guinovart develops in an exploration of the musical histories of NYC and Spain.

Enjoy this video preview of the album:

The album is available on compact disc from any music retailer, as a digital download from the usual sources (Amazon, iTunes, etc), and you can listen to the whole album for free on Spotify. If you’d like to get your own fingers around the piece, you can also buy it as sheet music!