Our readers hopefully know the name Besalú from the summer workshops in early music that are held there each year, but HBO subscribers might find it familiar for other reasons. Besalú was one of the filming locations for Game of Thrones, among several other locations in Spain, and HBO’s new hit show Westworld recently filmed its third season there. 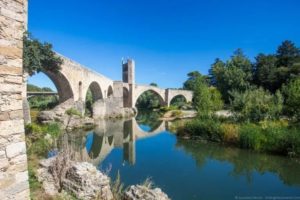 Medieval Music Besalú is held each July, and it has just wrapped up its 8th annual course. Registration for 2020 will open early next spring. Meanwhile, you can find MMB on Instagram and Twitter for news, photos and videos.

Each year, the Foundation for Iberian Music donates to MMB’s scholarship fund—so students who are short on cash, be aware! Funding is available! For everyone else, MMB’s courses are affordably priced, and they offer a rare opportunity for intensive early music performance and manuscript studies in a beautiful medieval setting.