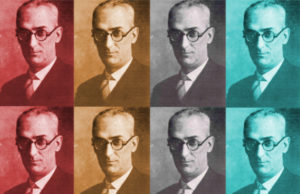 The review includes a brief overview of Samper’s history and how his legacy has been little-known, even in Spain, until musicologists such as Pizà and Vicens began bringing it to light. The value of Samper’s lectures themselves is twofold, providing insight into both the composer’s musical interests and the reception of jazz in Europe.

Thanks also to La Lectora for their mention of our accompanying YouTube playlist of works played or mentioned by Samper in his lectures.