Registration is now open for our upcoming conference Flamenco in the US: From the Modernist Vanguard through the 21st Century, and we have added a pair of documentary films to cap off the proceedings. Please note that they are in separate locations at the Graduate Center and have separate registration. Admission to both is free.

And you can reserve a seat for the film screenings here. 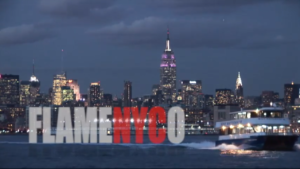 Following the last presentation of the conference, we will screen one feature-length documentary and one documentary short. First we have FlameNYCo, directed by Javier Benítez (45 minutes). This documentary, filmed in 2010 to celebrate the Flamenco Festival’s 10th anniversary, features the illustrious artists performing in the Festival that year: Estrella Morente, Farruquito, Eva Yerbabuena, alongside New York flamenco legends such as the late maestro José Molina. There will be a short audience Q & A with the Flamenco Festival NY director, Miguel Marín.

Second is Ode to Fazil’s directed by Marcel Rosa Salas (17 minutes). On 8th Avenue between 46th and 47th Streets in Manhattan, in the heart of Broadway, a worn-down tenement building was once home to Fazil’s Studio, a legendary dance rehearsal space. Many of the world’s great companies, along with up-and-comers, worked and sweated through their choreography in its halls. The film’s director, Marcel Rosa-Salas, the daughter of a flamenco dancer, once considered it a second home. Ode to Fazil’s is a touching tribute to an iconic monument of New York City dance. Following the film, there will be a short audience Q & A the film’s director and artists featured in the film, Rosa, Najma Harissiadis, Raymond “Spex” Abbiw, Fazil’s sister Serpil, Victorio Korjhan, and Arturo Martínez “Espíritu Gitano.”

The films will follow the symposium at 5:00, on the C level.

Stick around after the screenings to see Songs of Light: Rocío Márquez Featuring Miguel Ángel Cortés, who will be performing in the Elebash Auditorium at 7:00! (This concert is a part of Flamenco Festival NY; admission is $30, but a limited number of free tickets are available to the GC community. For details, see the event page linked above.)