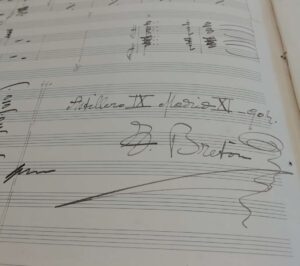 Antoni Pizà and María Luisa Martínez of the Foundation for Iberian Music have just published their edition of the Piano Quintet in G Major by Tomás Bretón (1850–1923).  This ambitious chamber piece had been lost for almost a century.  Its existence was actually known because the composer based his Symphony No. 3 in G Major on the original chamber piece. After its composition it was performed only once, almost a century ago, and then the original autograph manuscript resurfaced in our team’s researches.  In 2018, it was performed with great success at Fundación Juan March in Madrid and now a beautiful critical edition has just been published by Instituto Complutense de Ciencias Musicales . It is the hope of the editors that a new second life will start for this superb chamber work.

Discover more about Tomás Bretón by exploring our other posts about the composer here. 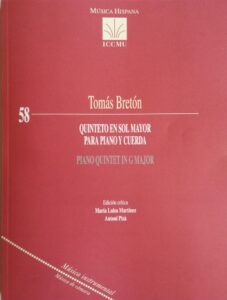