March 21, Antoni Pizà will give a talk on disability in music at Acadèmia de Belles Arts de Sant Sebastià, followed by a special performance by Víctor Uris of Harmònica Coixa Blues Band. Uris a Palma de Mallorca native and self-taught blues musician who has been called “one of the most pure and original bluesmen in Europe.” Watch him perform with his band below: 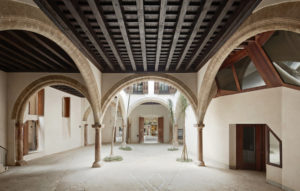 The next week, Pizà will give another talk at the beautiful historical palazzo Can Balaguer, on the opera El reloj de Lucerna by Pere Miquel Marqués. The opera is being performed at Teatre Principal on April 7th and 8th.