The Foundation for Iberian Music is pleased to announce that Dr. Agnes Kamya will be the keynote speaker of the upcoming conference, “The Body Questions: Celebrating Flamenco’s Tangled Roots.” 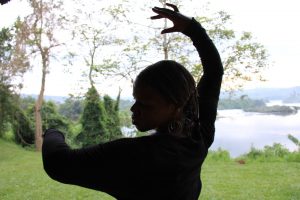 Agnes Nasozi Kamya is a social anthropologist and screenwriter from Uganda. She went to school in Uganda and Kenya in East Africa before finally settling in the United Kingdom. In 1997, Agnes completed a Masters Degree in Civil Engineering at Imperial College in London. After completing an MA and then a PhD in Social Anthropology at the University of London in 2008, she returned to Uganda and worked as Senior Researcher at the Makerere University. During that time, inspired by her anthropological work, she wrote the screenplay for her sister Caroline’s feature film “Imani’. Imani means ‘faith’ in Swahili. The film opened at the Berlin International Film Festival in 2010 and is the most awarded Ugandan feature film to date. 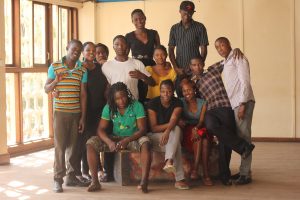 In 2011 Agnes was headhunted for the prestigious Binger writer’s lab in Amsterdam to work on her second original screenplay “Hot Comb”. Soon after she moved to Seville, Spain to follow her dream to learn flamenco and has never really left. After taking classes with some of the best dancer teachers in Spain, Agnes returned to Uganda and founded the Uganda Flamenco Project to plant the seed of this wonderful art in her native land. Agnes was invited to conduct master classes and presentations all over Spain about her work on women, cinema, representation and flamenco which now come together in her documentary project in development entitled, “In Search of African Duende.”

Since 2015 Agnes has been a member of the AfricaInEs research group at the University of Granada, Spain and is currently a Visiting Fellow at the Department of Anthropology and Sociology at Makerere University in Kampala, Uganda. Alongside her academic work she is translating her flamenco dance mentor Virginia Di Domenicantonio, “La India’s ground breaking book “El Flamenco mi Inspiración” from Spanish into English. She plans to revive the Uganda Flamenco Project, dormant since 2016, at the Department of Dance and Drama where it will have a permanent home.

Dr. Kamya will be speaking at the symposium on October 16th.