Recent events in the USA, including the deaths of Elijah McClain, George Floyd, Breonna Taylor, and a devastating number of others, sparking waves of peaceful protests supporting the Black Lives Matter movement, and many initiatives to remove monuments celebrating the controversial (to say the least) leaders of the Confederacy prompt us to reconsider how these looming issues affect our own work in music and dance studies.

The Foundation for Iberian Music aspires to be a place for reflection on the past and present of the music and dance of the Iberian world, and on the Latin American, Caribbean, Native, and African cultures that have contributed to these art forms.  In a previous post we reflected on how not only the fundamental structures of racism which evolved in Spain and Portugal, but also the cultures of enslaved African people and their descendants were retained across many centuries, and how music and dance materialize the processes of transmission and syncretization of these performance cultures.

In recent months, even before the rising movement to push icons of the Confederacy off their pedestals, some of the most emblematic performances of Spanish identity have been interrogated in terms of their racist content and colonial past.  For instance, Harvard professor Stephen Greenblatt recently published an essay in the New York Review of Books calling for a reconsideration of the Misteri d’Elx (Misterio de Elche).  Considered to be the oldest mystery play in the world and recognized by UNESCO as “a masterpiece of the oral and intangible heritage of humanity,” it has been uninterruptedly performed for six hundred years (due to COVID19 this summer it will not be presented).  This ritual performance celebrates the Assumption of the Virgin Mary each August 14 and 15 and the conversion of Jews to Christianity in the presence of this event. According to Greenblatt, the “Judiada” (the Jewish episode in the play) is a vicious recapitulation of demeaning Jewish stereotypes.

Another respected American scholar, David Nirenberg, author of a well-documented monograph Anti-Judaism: The Western Tradition (2013), in an online essay, has argued that Facebook, if it is to be consistent with its own policies on hate speech, should probably ban the Misteri page. Antoni Pizà’s essay in L’Avenç, covering some of the same issues, calls for the need for audience education and contextualization.  The essay has been widely reprinted and abridged.

The celebrated Cantigas de Santa María, about four hundred songs praising the Virgin Mary, which are a staple of Iberian medieval music, poetry, and visual art, contain at least one excerpt referencing a well-known and often-repeated storyline:  a Jew attempting to desecrate a Holy Host (though never achieving his evil intentions).  Similarly, the romancero and the cancionero, repositories of lyrics and songs that have come to form Iberian identity, reflect the Iberian side of Christian anti-Judaism.  Some Holy Week street parades still torment an effigy or ragdoll (monigote), which in one instance is called “Peropalo,” representing Judas as standing in for all Jews.  Also, during the famed procesiones de Semana Santa, in many towns the executioners (sayones) who escort Jesus along the Via Crucis to his death are represented as repugnant Jewish figures.  In Catalonia, until the 1950s on Holy Friday children in villages celebrated “to go to kill Jews,” a noise-making performance using a contraption called carraus (or in Spanish carrasquetas).

Christian proselytism has had many ramifications, of course.  As the figure of Christopher Columbus is debated, so are those of Junípero Serra, composer, arranger, and compiler of many religious works, who perfectly understood the uses of music in the Spanish colonial enterprise.  Another, lesser known, Franciscan friar, J. B. Sancho, a very competent composer who introduced “modern” European compositional resources to North America, including that of basso continuo, was also an accidental part in this colonial enterprise.  Needless to say, to debate and contextualize their musical legacy is not to deny it or suppress it.

Offensive music and dance performances are not limited to anti-Semitic instances or colonial musical utterances. Spanish Roma (Gitanos, or so-called “Gypsies”), and Afro-descended Spaniards and Latin Americans have long been demeaned and dehumanized in music, dance, folk poetry, painting, and other forms of representation. In fact, as K. Meira Goldberg has argued in her book Sonidos Negros: On the Blackness of Flamenco, Spain’s transposition of “raza,” religious difference, onto the surface of the skin as “race” constructs far more of our culture than we realize—from turnout in ballet to the sign, branded on people’s faces, for slave, or esclavo, as an “S” and a clavo (nail) in this matter: $. 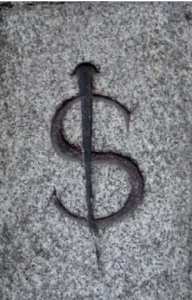 Ironically, Spanish representations of Blackness, encompassing Jews and Muslims, Africans and Gitanos—and denoting what Dr. kihana miraya ross in her recent opinion piece in the New York Times, “Call It What It Is: Anti-Blackness,” calls “slaveness”—became emblems of identity for the Spanish nation as a whole. From Cervantes’s La Gitanilla (1613) to Georges Bizet’s opera Carmen (1875), to Carmen Amaya’s Original Gypsy Dances (1941) and all the way into the Grammy award-winning album El Mal Querer (2018) by Rosalía Vila Tobella, “Rosalía,” the imagined Gitano (or, more precisely, the imagined Gitana) has been commoditized. Spain’s post-Franco reemergence into Europe and into the neoliberal world order has entailed a metamorphosis of its long-fraught relationship with this unruly image. Yet even on Rosalía’s 2018 album, Spain figures its unadulterated national essence—its Whiteness—in the person of a racially confounded and socially marginal disruptor. Rosalía broke into the global commercial market with her song “Malamente,” in which she postures as an Andalusian Gitana from the projects (poligonera). Indeed, some on both sides of the Atlantic find Rosalía’s synthesis of flamenco and black American hip hop forms like trap jarring. Thus, Spanish Gitana activist Noelia Cortés writes that Rosalía puts on elements of Gitano culture “that have historically been used as resistance” as if they were “false eyelashes.”

Alleged offensive language in music and dance continues to be a battlefield for issues of freedom of speech—and its limits.  In recent times a Catalan-speaking rap artist Valtònyc (Josep Miquel Beltrán) had to leave Spain and lives now in exile in Belgium, because his lyrics were critical of the Spanish monarchy and allegedly incited terrorism, as Antoni Pizà argues in another September 2020 essay in L’Avenç.  All European courts and international human rights organizations such as Amnesty International have sided with the artist, but in the Spanish democratic system, apparently, freedom of expression does not extend to language deemed offensive by the monarchy. Pablo Hasél, a recording artist accused of the same alleged crimes, has also been condemned for similar offences.  As a matter of fact, since 2015 the Spanish courts have taken issue with more than twenty recording artists and many others in the arts, including the actor Willy Toledo, the visual artist Santiago Sierra, the novel Fariña, and the puppet play Jerk, among many others.

The Foundation’s mission is neither to promote censorship—nor is it to advocate absolute freedom of speech.  Our goal is not to take sides, but to create channels for debate and to create scholarly environments where all these issues can be discussed and historically contextualized.