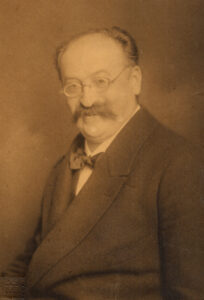 For many decades, perhaps centuries, what we now call musicology and its sibling disciplines (ethnomusicology, theory and analysis, performance studies, and so forth) were a quiet pond, its waters never stirred, its fish swimming in silence.  Then, in the eighties and nineties of the last century, came so-called “new musicology,” cultural studies, performance studies and its many offshoots.  All of a sudden, one could discuss race, gender, sexuality, class, and any socially-relevant issues.  Some academics were frankly setback by the changes in the discipline; others, needless to say, celebrated the transformations.  Traditional historical musicology was charged with focusing excessively on archival transcriptions of European “masters.”  Music theory was accused of de-contextualizing musical works:  “parallel fifths,” disembodied of its sound, it was pointed out, were the same “error” according to music theory textbooks, whether they were sung by castrati or sounded on a Moog synthesizer.

Fast-forward a few decades and music scholars are now focusing on a broad range of issues, many of them causing controversy.  A few weeks ago, we posted on the legacy of Iberian music in light of the BLM movement.  Months earlier we discussed the beginnings of slavery in 1619 and its connections with the musical practices of Iberian Peninsula.  Last year, Meira Goldberg published her Sonidos negros  tackling music and dance and the politics of race.  Just a week ago, the celebrated Misteri d’Elx / Misterio de Elche (Elx / Elche, Spain) was cancelled because of the COVID19 pandemic.  As the oldest drama in Europe, it had been uninterruptedly performed for six hundred years up to last week.  And just last week, Antoni Pizà wrote another op-ed piece calling for educating contemporary audiences on the anti-Judaism aspect of parts of the text.  Of course, this aspect has been discussed previously by many other scholars such as Greenblatt , Nirenberg , and Pizà, elsewhere.

Much more controversial has been a presentation at the Society for Music Theory by our colleague at the CUNY Graduate Center and Hunter College, professor Philip Ewell, in which he directly denounces racism in the field of music theory—who would ever know that parallel fifths could stir the still waters of our quiet pond?  Some of his argument involves the study of white supremacist Heinrich Schenker’s methods of musical analysis, but it goes beyond that.  His talk and its ensuing controversy have sparked an incredible media coverage (NPR, Fox, etc.) that shows that musical scholarship is no longer a quiet pond.