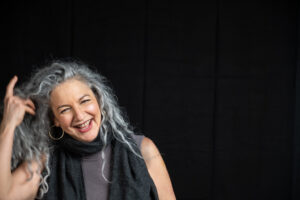 As the organizers explain, the Concurso del 22 was not an isolated event. Throughout the 1920’s, events, lectures, meetings, conferences and competitions were held worldwide. They aimed to represent the institutionalisation of vernacular music as an artistic field. The Tango in Argentina, Samba in Brazil, Blues in the United States, Son Cubano in Cuba, Rebetiko in Greece, Folk Music in India, Czardas / Klezmer Music in Central Europe, and Arab Folk Music in Egypt, North African countries and the Middle East, amongst many others, conducted similar interventions through which academic culture, high culture and culture of the elite highlighted folk music, its different vernacular variants and the uniqueness of new genres such as jazz and flamenco.Of course, it was not a random event. It was linked with phenomena such as the creation of the first recording industry (in this case, the emergence of the radio and cinema), and with the commencement of cultural decolonisation around the world. This also included the emancipation of new political subjects, national independence processes, the formation of democratic systems, and, as seen in Spain, a process of political regeneration which would culminate with the proclamation of the Republic in 1931.

We intend to establish a frame of cultural comparisons, and to contrast the uniqueness, differences and repetition that is present across all these events to further understand the artistic interventions that were formed in the 1922 competition. Therefore, it is not a matter of continuing to repeat the inaccurate assessments of the ethnographic or musicological errors of Falla or Lorca in their approach to the event, nor of continuing to uncritically celebrate the formula for highlighting flamenco music and dance in competitions, festivals, biennials and deformed mirrors of el Concurso del 22, which remain hegemonic when it comes to highlighting the value of flamenco. It is clear how Borges makes the same paternalistic mistakes as Federico García Lorca when highlighting primitivism, spontaneity and the popularism of the tango and flamenco respectively, but also how his patronage served to honour the ways of making these types of music and dances, and became a spokesperson for cultural matters, when even his disquisitions were considered almost miscreant.