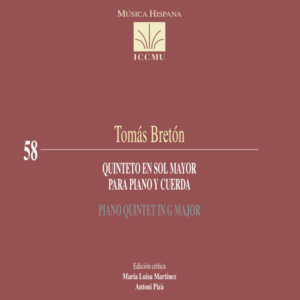 Bretón’s Piano Quintet, edited by Antoni Pizà and María L. Martínez of the Foundation for Iberian Music, has been performed once again. This time in the Teatro de la Zarzuela in Madrid.  The edition was also reviewed by Mundo clásico. The Fundación Juan March has also made available their recording of the portentous work rediscovered by researchers Antoni Pizà and María L. Martínez.