As a part of our Joaquín Rodrigo: The Guitar and Beyond festival, we will be holding a panel at  NYU’s King Juan Carlos I Center. The panel will feature performances by  Federico Díaz (guitar, DMA student at the Graduate Center) and Anna Tonna (mezzo-soprano).

New York Andalus Ensemble will be having their annual winter concert next week, December 12, at La Nacional. Don’t miss this chance to see the full ensemble!

Tickets are $20 ($16 student/senior). You can view more information and buy tickets here. 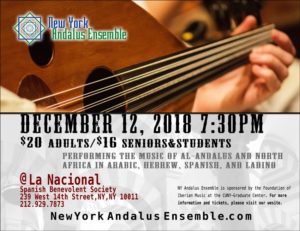 If small ensembles are more to your liking, you are also in luck. Samuel Torjman Thomas will be performing with a few NYAE members at the Metropolitan Museum, in conjunction with their Delacroix exhibit. This two-part concert highlights rural and urban Judeo-Islamic music from Morocco.

The concerts are free with museum admission. 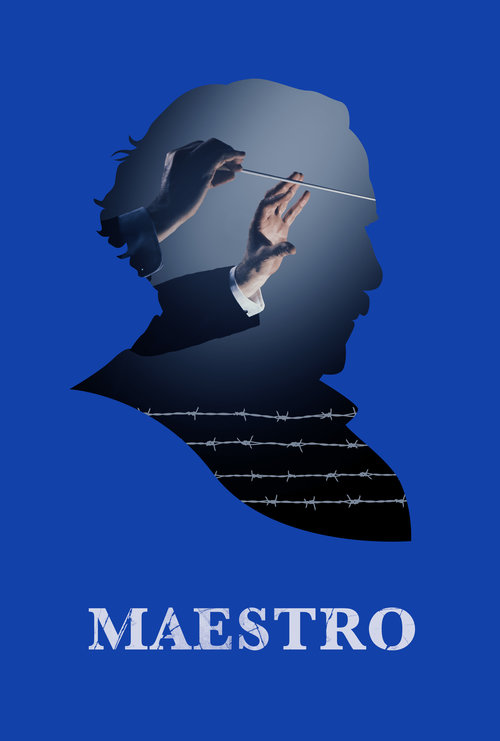 By the late 1920s, Arturo Toscanini – then in his early sixties – was music director of La Scala in Milan and the New York Philharmonic, and beyond a doubt the most celebrated conductor in the world. He had worked with many of the world’s most important opera ensembles and symphony orchestras, had brought about major reforms in the former, and had raised performance standards in the latter. But his hatred of Mussolini’s fascist regime was beginning to become public knowledge. He declared that he would not perform again in Italy unless and until the fascist regime fell, and he extended his protest to Germany in 1933, when Hitler came to power, and to Austria in 1938, when that country became part of the Third Reich. In 1936 and 1938 he went to Palestine at his own expense to conduct the new symphony orchestra (now the Israel Philharmonic) made up largely of Jewish refugees from central Europe, and he spent the war years in exile in the United States, where he conducted concerts to benefit the Allied war effort and the Red Cross, helped refugee musicians less fortunate than himself to find work, and participated, with other leading Italian antifascist exiles, in efforts to insure that postwar Italy would have a truly democratic government. In this interview and conversation, Harvey Sachs will discuss the life and career of Toscanini, his political activism, and the scholarly process behind the writing of the definitive biography of the great maestro.

Harvey Sachs, author of Toscanini: Musician of Conscience, editor and translator of The Letters of Arturo Toscanini

The seminar is part of the Ensemble for the Romantic Century’s concert Maestro, which opens in January at the Duke Theater. For more information, visit www.romanticcentury.org

Harvey Sachs’s most recent book is Toscanini, Musician of Conscience, published by Liveright, New York, in 2017. His other books include Virtuoso, Music in Fascist Italy,  Rubinstein: A Life, Reflections on Toscanini, The Ninth: Beethoven and the Year 1824, and, as co-author, Plácido Domingo’s My First Forty Years and Sir Georg Solti’s Memoirs. He also edited and translated The Letters of Arturo Toscanini. He has written for the New Yorker, New York Times, Times Literary Supplement of London, La Stampa, Il Sole-24 Ore, and many other publications, as well as for radio and television. He is on the faculty of the Curtis Institute of Music in Philadelphia; gives lectures at universities and cultural institutions worldwide; and has held fellowships from the Guggenheim Foundation, the New York Public Library’s Cullman Center for Scholars and Writers, and the National Endowment for the Humanities. He lived in Europe – mainly in Italy – for over thirty years and was Artistic Director of the Società del Quartetto di Milano. In 2017 he received an honorary knighthood from the President of Italy for his contributions to Italian culture.

James Melo has written extensively for scholarly journals and music magazines in Brazil, Uruguay, the United States, and Austria, and has been invited to participate as a panel discussant in conferences in Indiana, New York, and Canada. He is the New York correspondent for the magazine Sinfónica in Uruguay, reviewer of music iconography for the journal Music in Art, and senior editor at RILM (Répertoire International de Littérature Musicale) at CUNY. In March 2005, he chaired a session in the conference Music and Intellectual History, organized by the Barry Brook Center for Music Research and Documentation (CUNY), and presented a paper on the history of musicological research in Brazil. He received a grant from the Paul Sacher Stiftung in Basel, Switzerland, where he conducted research on the manuscripts of Anton Webern. Mr. Melo is the program annotator for the recording of the complete piano music of Villa-Lobos and Camargo Guarnieri on Naxos, and the program annotator for the National Philharmonic in Strathmore, MD.

As we recently announced, one of the Foundation for Iberian Music’s main events for 2019 will be “Joaquín Rodrigo: The Guitar and Beyond,” a festival commemorating the 20th anniversary of the composer’s death. We are excited to share the first concert dates for this festival.

There will be a series of three chamber music concerts at NYC’s Hispanic Society, beginning December 6.

Joaquín Rodrigo wrote a significant number of important and very beautiful works of chamber music, almost all of which is surprisingly little known. This opening concert of the Rodrigo series highlights masterworks of chamber music composed between 1929 and 1982.  The program will include works for violin and piano such as Set Cançons Valencianes (Seven Valencian Songs), Rumaniana and the brilliant Sonata pimpante as well as Siciliana and Sonata a la breve for cello and piano.

Attendance is free, but please RSVP by emailing the Hispanic Society at events@hispanicsociety.org.

The next concerts in the series will be in the spring of 2019, on April 4 and May 2. You can view the home page for the series here. 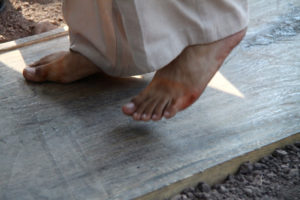 We are delighted to announce the call for papers for the next conference in our Natives, Africans, Roma and Europeans series, “Transatlantic Rhythms in Music, Song and Dance,” to be held in Veracruz, Mexico April 11–13, 2019.

You may view the CFP in both English and Spanish below, or click here to download the PDF:

The deadline for submissions is February 11, 2019. Please contact K. Meira Goldberg at fandangoconference.cuny@gmail.com with any questions.

There have been two previous conferences in this interdisciplinary series, last year’s Transatlantic Malagueñas and Zapateados in Music, Song, and Dance at UC Riverside, and the inaugural conference, The Global Reach of the Fandango, in 2015. The instigator of these conferences, our resident flamencologist K. Meira Goldberg, also just completed a wonderful two-day conference on interracial and intercultural legacies in flamenco here in NYC, which will soon have selected papers published.  (Papers from The Global Reach of the Fandango are available in translation and in their original languages; papers from the Zapateados conference are forthcoming.) 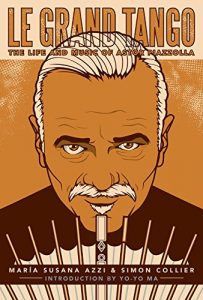 Next Tuesday, October 23, we will have a discussion with Maria Susana Azzi, one of the authors of the definitive biography of Astor Piazzolla, Le Grand Tango: The Life and Music of Astor Piazzolla (2000). Le Grand Tango is co-authored by Simon Collier, a pioneer in Latin American studies, who passed away in 2003. In March of 2018, twenty-five years after Piazzolla’s death, their biography was re-released in a revised and expanded “anniversary” edition, with more than a hundred pages of new material.

Azzi will discuss her work as Piazzolla’s leading biographer with Foundation for Iberian Music director Antoni Pizà and Federico Díaz, a DMA candidate at the Graduate Center whose work focuses on Piazzolla.

Díaz will perform several of Piazzolla’s work on guitar, with flutist Andrea White, who is also a DMA candidate at the Graduate Center.

The event will be live streamed on the Graduate Center website, beginning at 7:30 pm.

One of our resident ensembles, New York Andalus Ensemble, will be performing at the upcoming American Shephardi Music Festival, on October 7, and they’ve been given the honor of the headline slot at 8:00! Tickets are only $20.

For those who would like to attend all three days of the festival, a pass is available for $75 which will grant admission to each concert. The festival takes place October 4, 7, & 8 at NYC’s Center for Jewish History. Performers run the gamut from traditional Jewish and Islamic music of medieval Al-Andalus (such as the NYAE) to modern Shephardi blues. Click the above link to see the full line up.

We have one more schedule update concerning our upcoming conference, “The Body Questions,” and we think it’s one you’ll enjoy. Our friend, scholar and flamenco artist Raúl Rodríguez, will be closing out the conference with a performance at La Nacional‘s intimate performance space. (And if you missed our previous announcement, please be sure to check it. The conference dates have changed from Oct 16-17 to Oct 15-16.)

Musician and cultural anthropologist, Raúl Rodríguez will present the songs of his two albums and books, Razón de Son (2014) and La Raíz Eléctrica (2017), in which he compiles more than twenty years of creative research on flamenco music and its connection with the rhythms of the Afro-Caribbean-Andalusian cultural matrix. Through the introduction of a new instrument, the Tres Flamenco (a mix between flamenco guitar and cuban tres), this special solo concert will take the audience on a round trip journey linking historical memory with cultural action, in an open dialogue between past and present, research and creativity, reasons and songs.

Drinks and light refreshments are available to purchase at the venue. La Nacional also has a full restaurant serving traditional Spanish cuisine, so why not join us for happy hour before the concert? The restaurant has generously offered a 10% discount to conference attendees, so if you are attending, be sure to save your program or ID tag to present.

Registration for our upcoming conference, “The Body Questions: Celebrating Flamenco’s Tangled Roots,” is officially open! Conference attendance is free and open to the public, but space is limited and registration is required. Advance registration is available through Eventbrite.

On-site registration will also be available both days.

As a reminder, the conference takes place over two days, at two separate venues. October 15 is our performance festival, to be held at FIT (in the Haft Theater).  October 16 is our symposium, to be held at the CUNY Graduate Center (The Segal Theater and room 9204). Through Eventbrite, you may register for one day or both days. You will select your desired date(s) in your shopping cart.

There are two associated events that are also now on sale.

We will be closing out the conference events with a special performance by flamenco artist Raúl Rodríguez, at La Nacional. This concert is open to the public; conference registration is not required. Space is limited, so be sure to buy your tickets in advance! Tickets are $20 ($15 student/senior) advance, $25 /$20 at the door.

Last, but certainly not least, we hope that you will join us before the conference on October 12 for the launch party of K. Meira Goldberg’s new book and the genesis of this conference, Sonidos Negros: On the Blackness of Flamenco. The launch party will be held at the 92nd St. Y, as a part of their Fridays at Noon series. Tickets are $15.