“Curated by Ishmael Houston-Jones, the DraftWork series hosts informal Saturday afternoon performances that offer choreographers an opportunity to show their work in various stages of development.”

Goldberg will be performing her experimental flamenco work Raíz.  (Click to read more about the work.) DraftWorks is a casual event, so it’s a great opportunity to see Goldberg’s performance in an intimate setting where you can have a discussion. Melanie Greene & Brianna Taylor will also be performing. Admission is free. 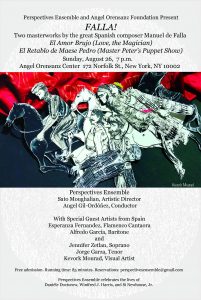 On August 25 and 26, Perspectives Ensemble (one of the ensembles in residence at the Foundation for Iberian Music, directed by Sato Moughalian), conducted by Angel Gil-Ordóñez, will perform two masterpieces by Manuel de Falla.

Continuing the Ensemble’s mission of creating multimedia cultural experiences, the concert will feature animation by Kevork Mourad, an artist who will also be creating spontaneous paintings in sync with the ensemble and his prepared animation. You won’t want to miss this unique concert.

There will be two performances:

These performances are made possible with the help of the Angel Orensanz Foundation.

July 20th, pianist Josu Okiñena will perform the works of Basque composers, including Aldave, Donostia, and Garbizu, at Carnegie Hall’s Weill Recital Hall on July 20th.  Okiñena studied piano at Julliard with Oxana Yabloskaya and he has given seminars at numerous universities, including at CUNY.  The program includes works from his 2013 recording of Donostia piano works, released on Sony Classical. (You can preview the album online

Tickets for the recital are only $20. Click the link for tickets and to see some video of Okiñena performing Donostia, andante doloroso.

Sonidos Negros: On the Blackness of Flamenco, a trailblazing new monograph by resident scholar K. Meira Goldberg, is coming soon on Oxford University Press. To celebrate, we will be hosting a launch party at the 92nd St. Y this October.

The event will feature readings from the book and a roundtable discussion with scholar Kiko Mora. There will also be a  screening of a short film from 1900 by Lumière, which features the first male flamenco dancer ever recorded, Jacinto Padilla, “El Negro Meri,” and a flamenco performance by the renowned Raquel Heredia Reyes, “La Repompilla.” 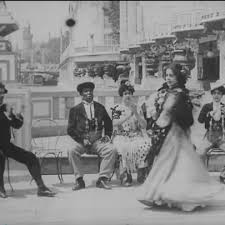 The event is October 12 at noon, a part of the Y’s Fridays at Noon series, which will livestream from their website, so great news for those of you who are unable to be physically present! Tickets are $15.

What can flamenco dance tell us about race and racism in the world wrought by slavery. From 711–1492, parts of the Iberian Peninsula were ruled by a succession of vast Afro-Islamic caliphates—and were simultaneously the epicenter of Christian Europe’s battle to eject these forces. Christian victory came in the same year that Christopher Columbus’s landing in the Americas set in motion a massive and catastrophic shift in global hegemony. Gradually, Spain’s system of “blood purity,” a tool in the battle against Islam, became what we now think of as “race”; Christian evangelization was a weapon of conquest. K. Meira Goldberg’s new book, Sonidos Negros: On the Blackness of Flamenco (Oxford University Press, 2018) traces how flamenco’s ostentatious rebelliousness, tumultuous sensuality, quixotic idealism, and fierce soulfulness embody resistance, the lament for what has been lost, and the values and aspirations of those rendered imperceptible by abjection, enslavement, and colonization.

The quaint town of Colònia de Sant Pere in Mallorca is dedicating their annual early music festival, to be held this summer, to Antonio Literes (Antoni Lliteres).  In addition to several concerts, there will be a day-long symposium with early music performers and scholars, including Luis Antonio González from CSIC (Barcelona), who participated in our Fandango and Zapateado conferences. In 2012, González gave a lecture-recital for the Foundation for Iberian Music on Jesé de Nebra.  He is also the conductor of the internationally known early music ensemble Los Musicos de su Alteza. The Keynote speaker for this Literes symposium will be Antoni Pizà and the festival concerts will include performances of several works by Literes that were edited by Pizà and Anna Cazurra. Cazurra is another frequent collaborator with the Foundation and she received the composer’s commission in 2007.

This Saturday, May 12, resident scholar K. Meira Goldberg will be performing her flamenco piece Raíz with José Moreno at NYC’s Dixon Place, in the lower east side. Advance tickets are $15 ($12 student/senior/NY ID). Tickets and full information are available here. 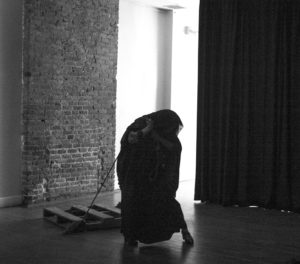 The performance emerges from the poetic and transgressive realism of arte povera: a return to simple objects and messages, a stage where traces of nature and the industrial come alive. The Crone embodies the strength of instability. She enacts rejection and rebellion, memory and faith, feasting and solitude. Her pilgrimage maps a homeland containing many forces in tension. This contemporary quejío opens spaces and sensations where wings may find ground and roots take flight.

Larrocha was lauded as one of the greatest pianists of her generation. She was a great supporter of CUNY, and the Foundation for Iberian Music named her as a honorary member at its inception, in recognition of her immense contributions to Iberian music. The Foundation’s inaugural event, held November 12, 2001, honored Larrocha and her exceptional achievements as a pianist and as an ambassador of Spanish music.

You have several opportunities to catch members of the New York Andalus Ensemble this month! On April 25, you can see the full ensemble at La Nacional for their annual spring concert. Tickets are only $20 ($16 student/senior), available through Eventbrite.

There are also a couple of upcoming performances with small ensembles, as a part of NYAE director Samuel Torjman Thomas’ ASEFA music project. The small ensemble will be performing at Vassar College on April 22 and at the Shephardic Temple of Cedarhurst on May 3. Thomas will be giving pre-concert talks. For more information and tickets, please visit the ASEFA website.

We are very sorry to announce that the March 22 event “Weaponizing Flamenco” has been canceled, because of the winter storm in NYC. Our featured speakers, Naike and Paquete, are unable to fly into NYC.

The March 23 event with the Habichuela Clan is (as yet) unaffected, and we hope to see you then!